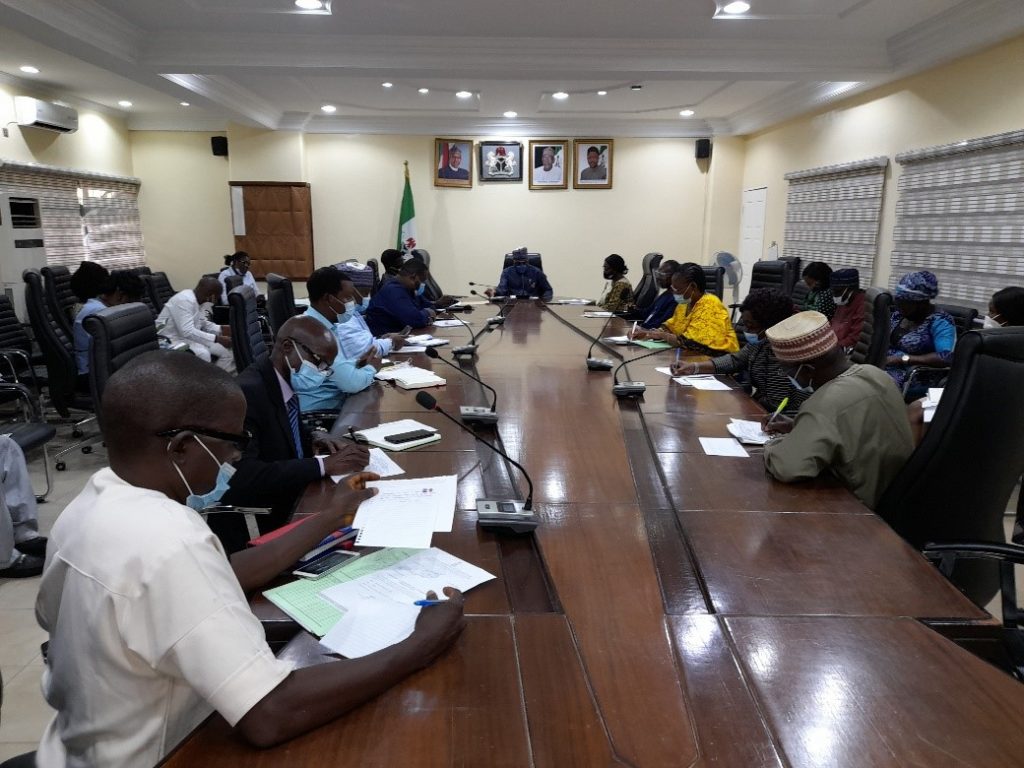 The Permanent Secretary of the Federal Ministry of Education Arc. Sonny S.T. Echono on Monday, 14th December 2020 officially inaugurated a fifteen (15) member National Technical Working Committee on Students Entrepreneurship Activity-Hub (SEA-Hub) implementation in Nigeria. In view of raising young entrepreneurs, GIZ-SEDIN introduced a basic entrepreneurship training for Secondary Schools in our partner States (Niger, Ogun, Plateau and Edo). This has been achieved through the establishment of extra-curricula Students Entrepreneurship Activity Hubs (clubs) referred to as SEA-Hub in Secondary Schools. SEA-Hub has been inaugurated in over 250 secondary schools across the above-mentioned states with over 15,000 students having participated in SEA-Hub clubs; 60% of them are girls.

GIZ-SEDIN, in partnership with the Federal Ministry of Education, facilitated the establishment of this committee and is saddled with but not limited to the underlisted responsibilities:

After careful pre-considerations and internal consultations by the Federal Ministry of Education, the Permanent Secretary announced the 6 states selected for the pilot programme scheduled for 2021 namely:

The 6 pilot states have between 3 and 4 unity schools each and all the schools are expected to be part of the pilot implementation phase.

The Permanent Secretary concluded the inauguration by appreciating GIZ-SEDIN for all her unique contributions in the education sector especially in organizing the SEA-Hub National Competition in 2019, where schools competed on the best entrepreneurial ideas and mini businesses. “It was the positive feedback from both the students, parents and participating schools in the states that brought all of us together today” he concluded.

GIZ SEDIN Set To Raise Under 25 CEOs in Nigeria